Intelling Media has developed InCast. InCast creates a semantic web of content that transforms video from a write-once stream into a lively, conversational, and evergreen medium. Mobile Devices have allowed real-time communication through sms messaging, notifications and through images and video where it has expanded its breadth and depth along a z-axis, as influencers and users worldwide participate in the authorship and creation of evolving conversations.

Tomorrow and beyond, Intelling envisions the rapidly evolving landscape of immersive experiences such as the Metaverse, Virtual Reality, Augmented Reality and Mixed-Reality to poise both opportunities and challenges in all facets of communication including film & television, streaming services, education, social media & video platforms like Tik Tok.  @Intelling we develop technology that leverage IOT, Machine Learning and AI to augment these new frontiers driving social media engagement with our patented commenting topology. 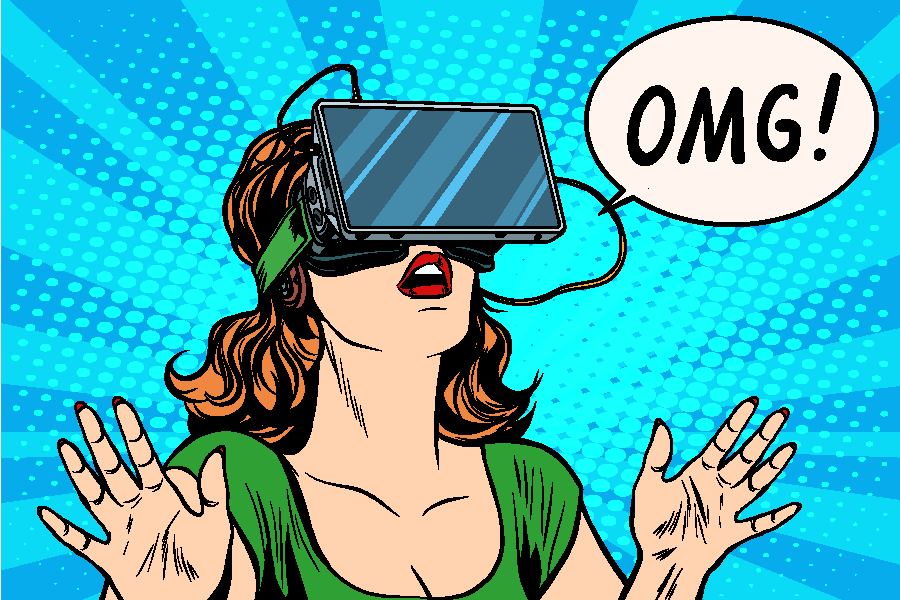 InCast is an application to facilitate better user engagement through an innovative UI allowing users a more intuitive method for interaction and knowledge transfer through their commenting.  InCast has a patented commenting topology that allows users to embed viewpoints and build interactive elements into video timelines, including the spectrum of social platforms, product reviews, including feedback and messaging tools.

Jaspa is workflow application that allows studio clients to move swiftly from camera into a collaborative team platform where dailies can be viewed, shared and teams can provide immediate feedback to each other and the live production. This streamlined workflow application includes an automated digital imaging system integrated with live production processes. Camera positions, lighting setups, audio inputs can be captured and stored along with footage. Timeline commenting is secure and frame accurate with the ability to draw on the frame, record video comments and embed media into the discussion.

InCast turns commenting and media within timelines into searchable user-vetted, weighted markers. Whether you are a gamer viewing a live-stream or a sports fan watching a game with your friends you can easily find the videopathogens within your media experience.  Broaden your viewership by sharing trending sources and relevant content as it thrives throughout your social web. Finally, view it anywhere and through the customizable filters for media forensics, keep its pulse in your grasp with data visualization and analytics. Aggregate and communicate better with your existing followers and develop influence among a growing audience. 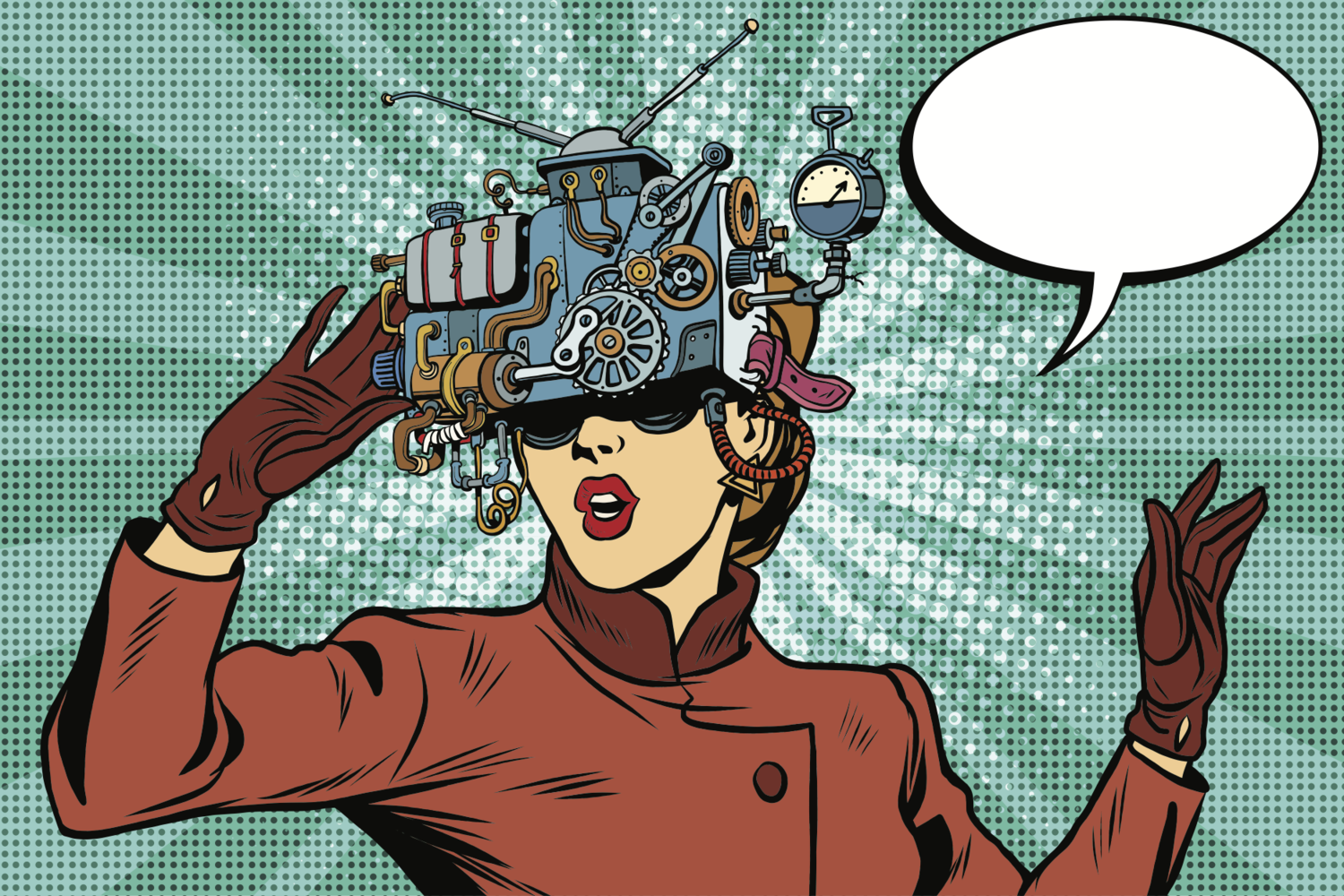 Intelling Media in partnership with Meets the Eye Studios in Silicon Valley provides a state of the art, full-service LED sound stage equipped with camera tracking, our proprietary Zeus lighting technology, high speed internet, content storage and team collaboration through Jaspa, our proprietary camera to hub technology. We can reduce your production costs by customizing our technology offerings to your needs and help you tackle any workflow requirement. 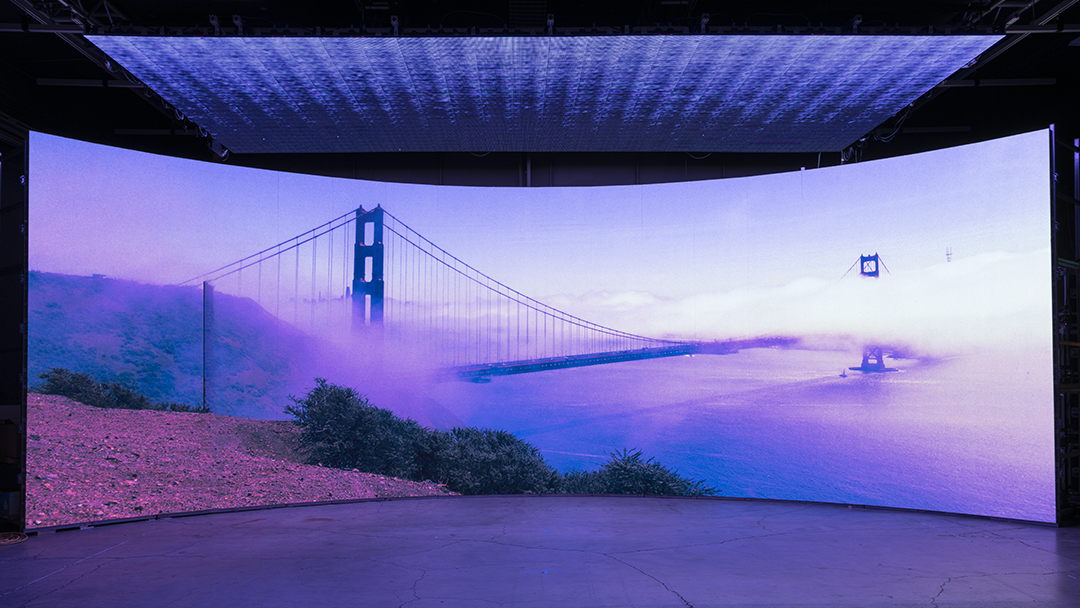 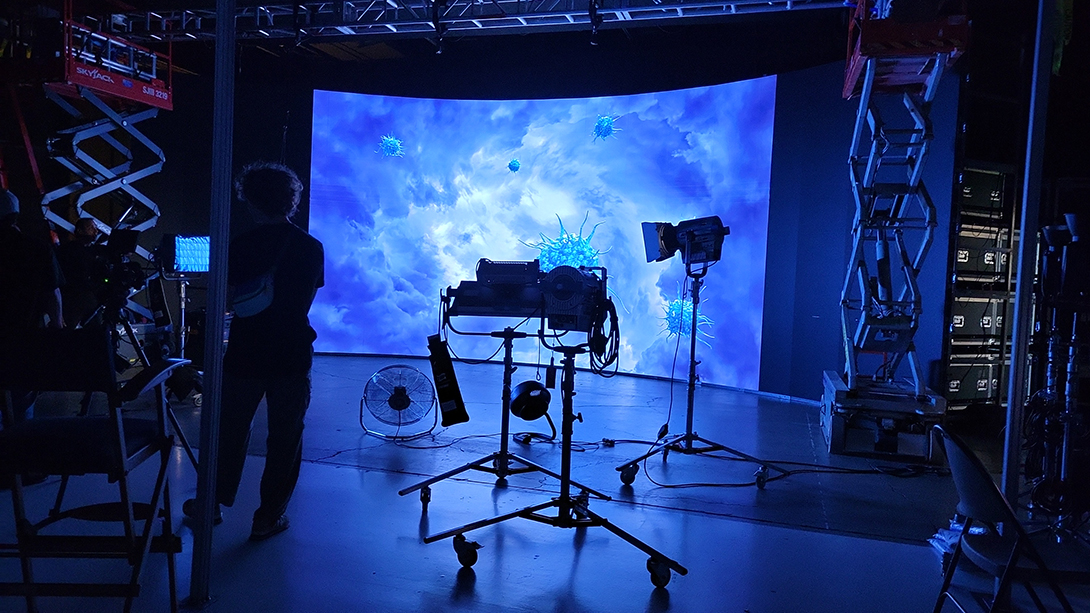 Intelling Media is a both a  production facility and creative lab. We have brought in the worlds top talent in remote integration production workflow, digital photography / cinematography, automated lighting and camera/motion control in what is quickly becoming the worlds first and only software-defined studio – allowing directors and crew to collaborate on projects from virtually anywhere in the world. 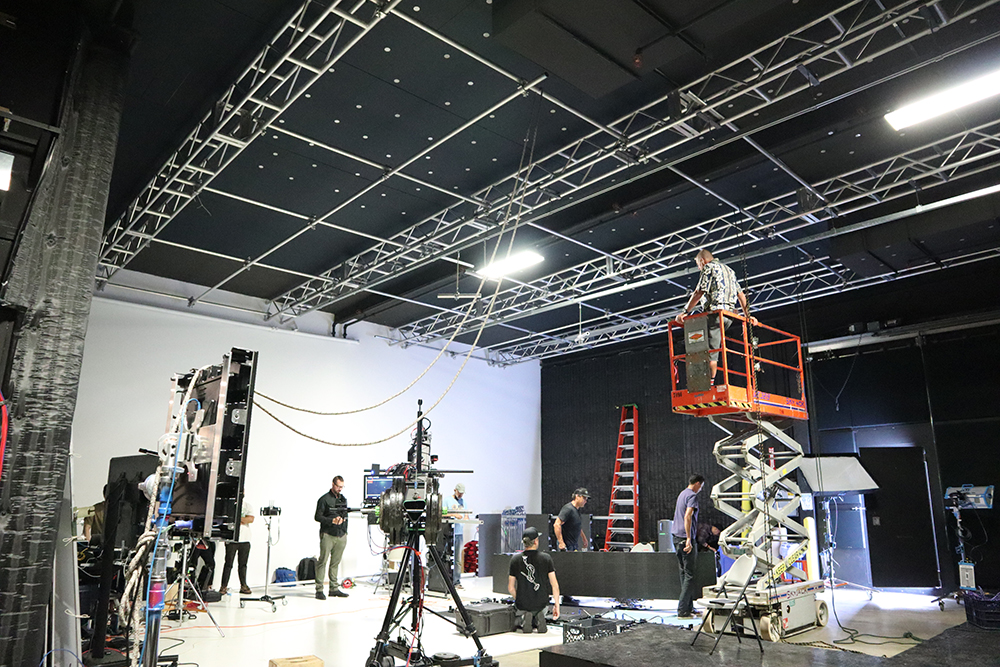 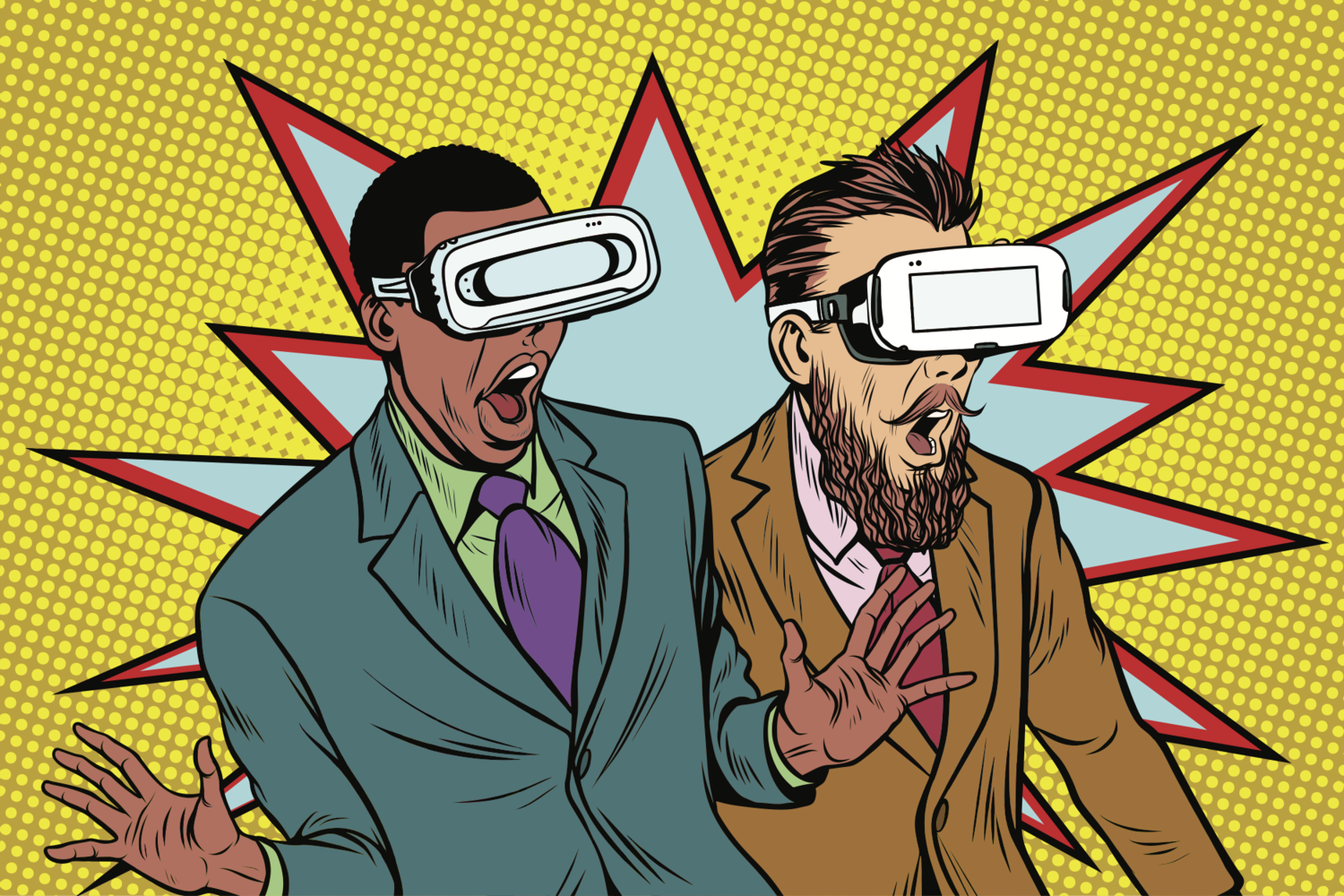 Stephan Fitch is a visionary thought leader and entrepreneur with over 25 years of executive experience at the convergence of media, technology and design. Fitch has a record of innovation and achievement in product development, relationship building, global marketing, strategic growth and business transformation. Thinking Pictures, founded in 1993, develops of proprietary technology to create customized media solutions for its clients. Fitch’s projects have pioneered the development of proprietary interactive technology to create customized media solutions, including digital out of home networks, computer perception and wearable video. Clients and partnerships include Sony, Microsoft, Apple, Universal Pictures, Universal Music, Time Inc, AT&T, Cisco, Intel Corp, NYT, News Corp, Dow Jones, Disney, Herman Miller and the Rolling Stones. Fitch is a graduate of MIT Media Lab. He speaks regularly at MIT and other academic venues. He lives in California, where Thinking Pictures Studios is headquartered and spends a great deal of time in DC.

Marshall Spight’s background is in software engineering. He was a member of the core development team at Adobe, where he worked on both Premiere and Photoshop. In 2001 he joined Google where he managed the development of AdWords and AdSense and later served as technical lead for Google Base. He started out in film work doing editing and visual effects for WINTER ORANGES. He has contributed to a number of bay area independent features over the years, most notably producing several films for indie legend Rob Nilsson, including IMBUED (starring Stacy Keach), MAELSTROM, and A BRIDGE TO A BORDER. In 2007 he left Google to open a state-of-the-art green screen studio in San Carlos, California. Marshall has an undergraduate degree from U.C. Berkeley with majors in computer science and psychology.

Scott Minneman, an Affiliate Researcher in the Technology Horizons program at the Institute for the Future, is a die-hard technologist and innovator, versed in robotics, interaction design, futures forecasting, embedded computing, user experience, and mechatronics. His background includes Architecture and Mechanical Engineering degrees from MIT, and a doctorate from Stanford, where he worked at the Center for Design Research. Scott was on the research staff at the think-tank Xerox PARC for 15 years, doing fundamental research on how multidisciplinary groups of engineers and designers collaborate on large engineering projects. He holds a dozen or so US patents and worked with Mark Weiser and Rich Gold on Ubiquitous Computing–the grand-daddy of the Internet of Things. Scott co-founded Onomy Labs–a make-tank for interactive objects and is currently an Associate Professor teaching Interaction Design, Mixed Reality Experiences, Physical Computing, Branding, and User Experience in the MFA Design program at California College of the Arts. Scott also roasts his own coffee.

Peter Williams is a serial innovator and entrepreneur with over 30 years of experience inventing, developing, deploying and commercializing ICT research and technology. Since 1986, Peter’s career revolves around enabling ICT organizations – his own, start-ups and global blue chip companies – developing IP strategies and realizing technology solutions. Peter consistently identifies problem spaces and novel solution strategies resulting in deployed inventive solutions across both vertical and horizontal markets. Every role in the last 30 years has involved him leading, mentoring and building commercially focused teams – often from the ground up.